Posted by Joel Howlett at 2:32 PM No comments: 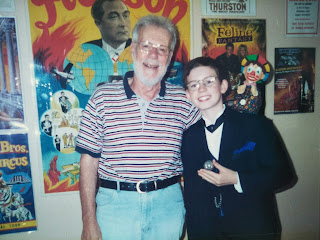 WORKING ON MY DAD JOKES:

With our baby due in April, I have started working on my "Dad Jokes"!
* Do you know what type of lights Noah had installed on the ark?
Flood lights.

* Why did the disco man call in sick?
Because he had Saturday Night Fever.

* Why did the baby wear a nappy to a Birthday Party?
Because he didn't want to be a party pooper.

* What did the big chimney say to the little chimney?
You're too young to be smoking.

* Have you heard the joke about the garbage truck?
Don't worry, its only a load of rubbish.

* How did the telephones get married?
In a double ring ceremony.

* What did one eye say to the other?
Between you and me, something smells.

* What did the Bra say to the hat?
You go on a head while I give these two a lift.

* What do you call a nun with a washing machine on her head?
Sister Matic

* What do you get if you cross Dracula with an encyclopedia?
A know - it - all pain in the neck.

* Why did the child study in the aeroplane?
He wanted a higher education.

* A truck load of Soap was stolen today.
The thief appears to have made a CLEAN getaway.

* A Thief stole a truck of hair pieces today.
Police are combing the area.
Posted by Joel Howlett at 2:03 PM No comments:

Advertisements magically appeared in recent issues of "Newcastle Weekly" and "Cessnock Advertiser". At this point in time there are still tickets available for the show! Show Tickets would make a unique and fun gift for the young and the young at heart this Christmas :) 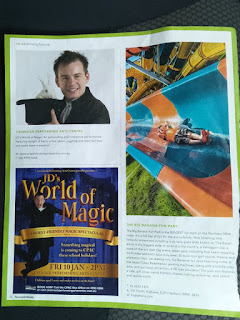 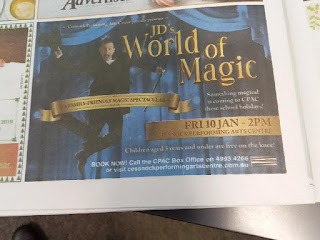 Posted by Joel Howlett at 5:49 PM No comments:

International Award Winning Magician Joel Howlett is bringing a classical Magic Show to the Hunter Valley on the 10th January 2020 at 2pm.
The fast paced 50 minute show is for all ages and includes a live rabbit, audience participation and more fun than you could wave a wand at!
Bookings are essential - Please click on the link below:
http://www.cessnockperformingartscentre.com.au/shows/jds-world-of-magic 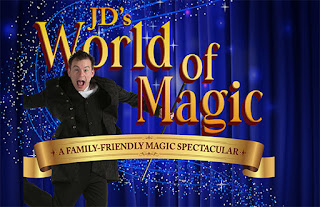 Posted by Joel Howlett at 12:49 PM No comments: